Last night I hosted a session about the Visual Studio 2010. Speaker was Gerard van der Pol from Microsoft NL. This time it wasn’t about what’s new with the (obviously) improved IDE and .NET Framework 4, but it was all about the features regarding Team Foundation Server (TFS). Of course, there are lot of new features to talk about and so little time. I’ll describe some features Gerard was demonstrating.

First, let me say that the title of this post is a bit wrong. The brand Team System will disappear, so it is only Visual Studio 2010.

Also, the editions will change a bit:

With Lab Management it is possible to create and configure your environments to help testers more easily test a variety of configurations in a virtual lab environment, and help developers more easily repro bugs by delivering snapshots of those virtualized environments after bugs are discovered. For more information, watch this Channel9 video.

With Test Record & Playback you can actually record and playback your test plan and steps. The video’s will be accessible for the developer from the work item. For more information, watch this Channel9 video.

Do you recognize this:

IntelliTrace, formerly known as Historical Debugging, can help you out now! IntelliTrace is similar to that of a black box in a plane. It’s keeping track of important points in your programs execution and allow you to play back what happened at those points at a later time. For more information, click here.

With the new Profiler you get a really great look at how your code is performing. It comes with couple of new features for developers:

Profiler includes a new page called the Function Details page, which will depict the caller/callee information in a graphical way along with the performance metric. You can also view your code which includes the line-level performance measurements.

To end this post, I want to tell you about Gated Check-in. We all have colleagues who are checking in their code and you end up with a non building solution. With Gated Check-in you can prevent users to check-in their code unless it all builds! And it is also possible to run your tests too, before allowing to check-in.

I was truly amazed with all the new features of Visual Studio 2010 regarding ALM and had a great night. Go explore for yourself! 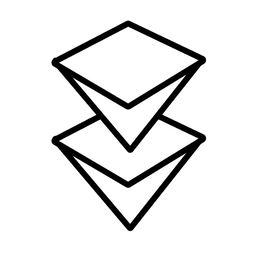